Every instrumentalist is interested in going beyond the possibilities of his instrument. Whether you are a violinist, violist or guitarist, you often appreciate the capabilities of many other instruments. The disadvantage is that it can take many hours of practice to master another instrument as well as your main instrument.

But sometimes, there are little unknown subtleties that can help you improve your musical possibilities tenfold. If you are a violist or violinist, haven’t you at least once considered the possibility of playing a sound as low as that of a cello?

You have two possibilities to reach that goal, one by changing the strings and the other by using a special effects pedal! We explain the whole thing to you in this article!

What is a baritone when talking about a violin?

A baritone violin is an instrument that is tuned one octave lower than a violin. This instrument is part of the violin family and has a warmer and deeper sound. The name baritone is derived from the voice of a baritone in opera.

It is an instrument larger than a violin, but smaller than a cello. Originally used in medieval times, it has since disappeared. Nowadays, baritone violins are not really available anymore. This video shows Jacques Dupriez playing his baritone violin.

All you have to do is replace the strings of your violin with baritone strings, also called octave strings.

A lot of violinists have both a violin and a “baritone violin”. This is the case of our Ambassador Catherine Lara who uses both types of violin on stage. What we call a “baritone violin” is in fact a violin that has the sound of a baritone violin through the use of octave strings. We are not talking about recreating the medieval instrument as it existed at that time.

These octave strings have been available on the market for several years now, but they are sometimes unknown. Octave string sets therefore tune one octave lower than a violin or viola.

This diameter may require the intervention of your luthier. It may occur that the strings are unable to be inserted into the pegs of your violin and that the slots of the nut are not properly adapted. In this case, it is advisable not to intervene on your main instrument and to adapt a second violin/viola to this particular need.

The thickness of the strings necessarily causes a reduced responsiveness compared to traditional violin strings. On acoustic violins, the sound box may experience a little more difficulty in producing the sound of the lower strings. On the other hand, these strings work really well on electric violins which, due to their design, will be able to reproduce a deep, low tone.

To obtain the sound of a cello or a baritone violin, you can replace your regular strings with octave strings. Your instrument will be tuned one octave lower: E-A-D-G. This configuration is also possible on your viola if you wish to switch to the range of a violin.

You can also transform your viola or violin into a “baritone viola”. Just put some octave strings: A-D-G-C. The E is removed and replaced with a C. The whole thing remains tuned one octave lower than the violin.

And lastly, if you own a 5-string violin or viola, you can use the 5 strings mentioned above: E-A-D-G-C.

Which strings should I choose?

There are not a lot of manufacturers making octave strings. As of today, we are only aware of 3 references.

Helicore Octave are available as a set (not sold separately) with medium tension. The set contains the strings E, A, D, G.

Super Sensitive also offers its octave string sets for violin and viola. The C string is available either within a set for viola, or individually if you wish to use it on a violin.

Superflexible Octave is available as a set for violin, that is, 4 octave strings E, A, D and G. They are rarer and more difficult to find.

We have only tried the first two sets mentioned above. These strings Helicore Octave and Sensicore Octaver are available in our store. Note that these strings have a rather significant cost. You will have to pay about a hundred euros for a set of octave strings.

You can also digitally recreate the sound of a cello by using one of the many octave effects available either in a multi-effects processor or in a single effect pedal.

What is an octave effect?

An octave effect is a harmonizing effect that will transpose the note played to the octave below, the octave above and sometimes even the 2 depending on the pedal being used. As a matter of fact, the octave effect has existed for a very long time. Jimmy Hendrix was a fan of this effect which he then adapted into the octafuzz, which is an octave effect with a fuzz (saturation effect).

Another guitarist became legendary thanks to an octave effect: Jack White from The White Stripes and his superb riff on Seven Nation Army. You may have thought that was a bass riff. Well, it wasn’t, it’s actually a guitar riff paired with several pedals, one of which is an octave pedal. The proof is in the video!

The sound obtained by Jack White combines an Octave pedal with a heavy distortion (saturation effect). On guitar pedals, we often find the octave effect after the distortion. This will therefore amplify the signal saturated by the distortion. We will use it in a different fashion with a bowed string instrument.

How to use an octave effect with a violin?

When using a violin (or a viola), the octave effect is mainly used to transpose as clearly as possible the notes and chords played a full octave lower to get closer to the sound of a cello. Consequently, the octave effect will not be positioned in the same place as it would be in a guitarist’s effects chain.

In fact, in order for the Octave effect to be able to interpret the incoming signal of a bowed string instrument with the highest possible precision, it is better that no other effect deteriorates that signal. This means that the octave effect must be placed as early as possible in the effects chain. In order to make the signal even clearer, it may be a good idea to work on it beforehand with an equalizer. It is also recommended to combine it with some delay and reverb in order to give more depth to the sound.

If you’ve never tried it, you are likely to be amazed by the sound you get, especially on the lowest strings… It sounds devilishly good on a G string and even better on a C string!

The Octave effect is a must-have either on your pedalboard or in one of your pre-configured effect chains on your multi-effects processor.

Which octave effect should I choose?

There are two types of octave effects: monophonic and polyphonic. Most octave effects are monophonic, which means that they process only one note at a time. Other models can handle polyphony and therefore allow playing chords. A monophonic model will do fine with pizzicatos, but as soon as you use the bow, it is likely to have trouble transcribing the signal.

For this reason, and considering the complexity of the sound produced by the bow, it is better to choose a polyphonic model when playing a bowed string instrument. Before making up your mind, check out the favorite pedals and effects of other violinists from around the world by reading our article on this topic, ask other violinists, or ask your guitarist friends. If a guitarist notices any signal loss with his Octave pedal, then forget it! If a pedal is not able to handle the signal of a guitar properly, it will have even more trouble interpreting the signal of a bowed string instrument.

You can try using the Octave effect with some gain as Jack White did with his very saturated riff. However, be aware that the complexity inherent to bow playing complicates the use of an octave effect after a heavy saturation, or after a large succession of effects. You may experience problems interpreting the incoming signal due to such extreme saturation and the complexity of the frequencies that need to be analyzed…

The octave effect will have to interpret the different frequencies of a violin, which are already quite complex, and which will also be modified by the effects. That is often too complicated and signal losses are likely to occur. Perhaps the most promising option will be to apply a compressor and/or overdrive or distortion after the Octave effect. The final sound output will be less grungy and you will end up with something rather functional.

Of course, the result will depend on the equipment you use and the settings you apply. It may happen that by placing the octave effect after the distortion you get a nice result. There are too many parameters that come into play when designing an effects chain so nothing is really settled. Testing is a real requirement if you want to find a sound that works for you.

Why should I choose a 5, 6 or 7-string electric violin?

Which carbon fiber bow is best for my violin?

What is a Pickup?

What is the purpose of applying rosin to your violin bow?

The favorite effects of 30 violinists

How to plug in and record an electric violin with a computer? 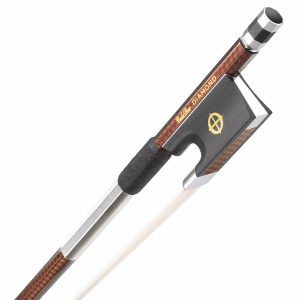 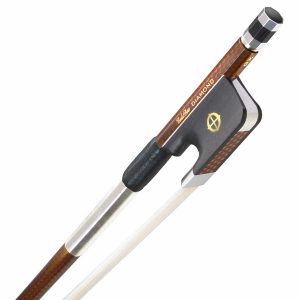 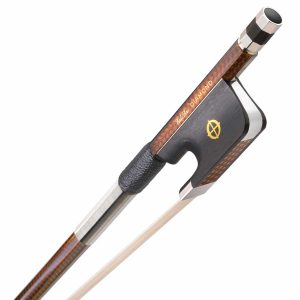 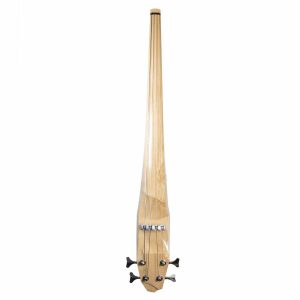 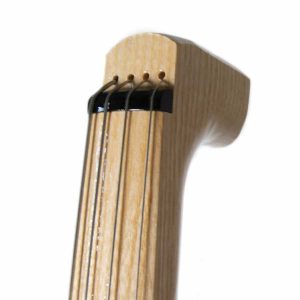 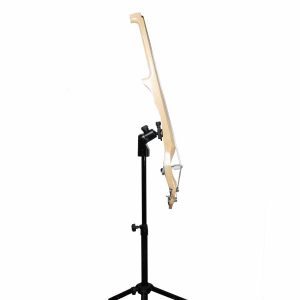 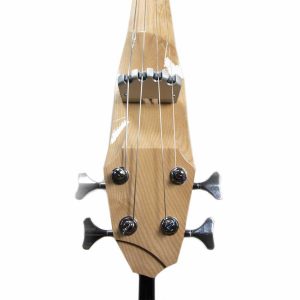 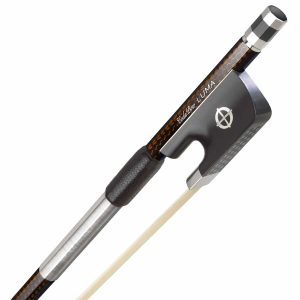 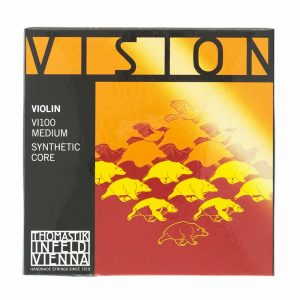 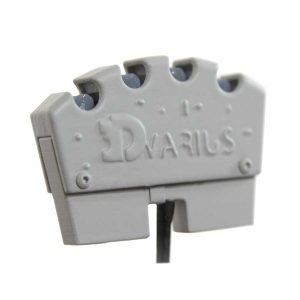 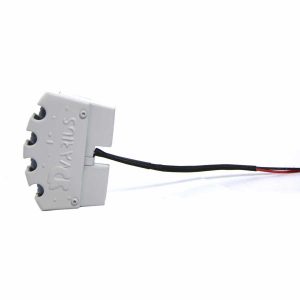 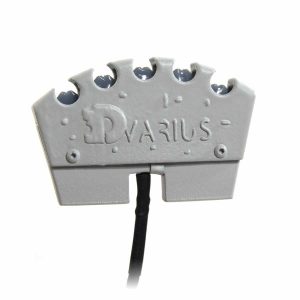 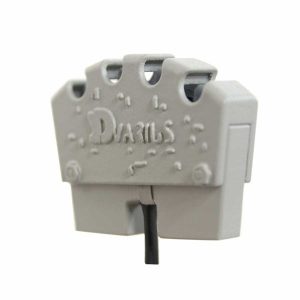 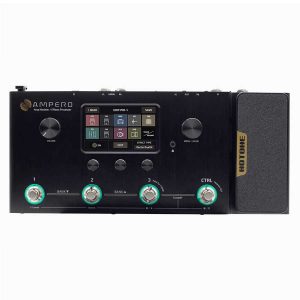 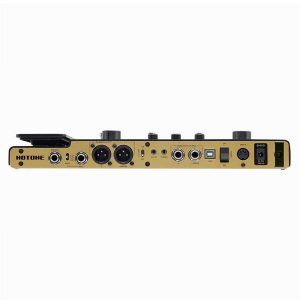 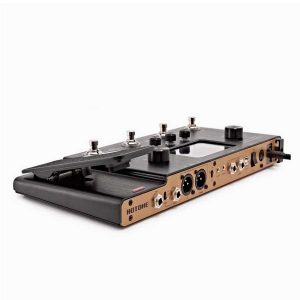 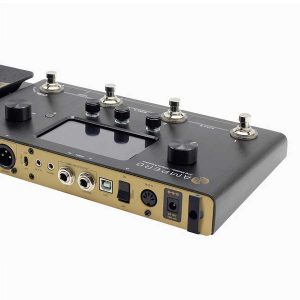 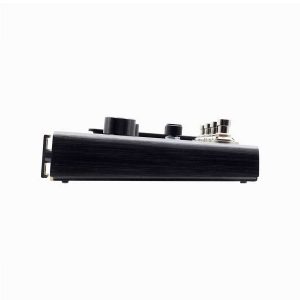 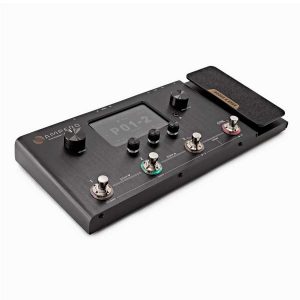 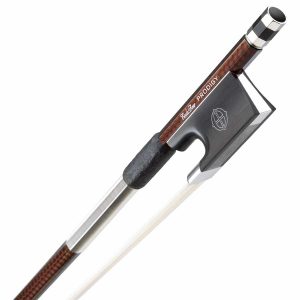 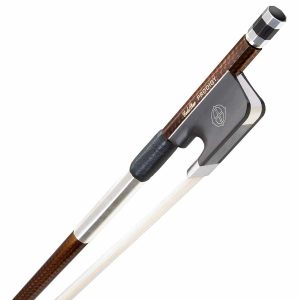 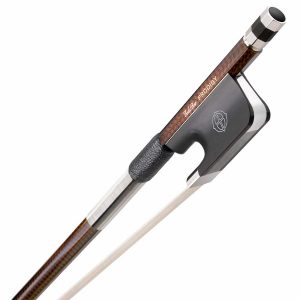 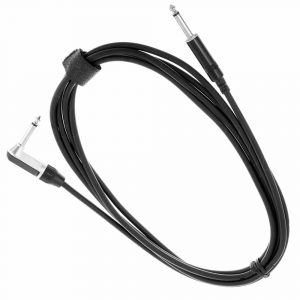 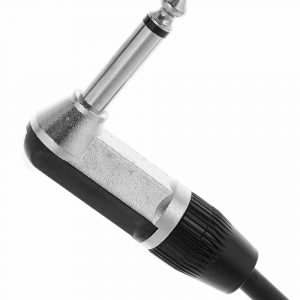