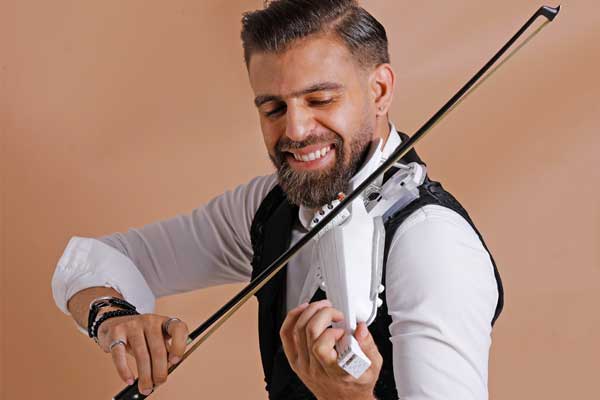 From the age of eight, Roger Zarzour began his violin studies at The Lebanese National Higher Conservatory of Music.

Ten years later, he started appearing in weddings and unique occasions blowing the guests away with his charming music full of virtuosity and exceptional feelings by both Classical and Oriental tunes.

He also was part of the national conservatory’s orchestra concert in 2008 & 2009. Roger is working on his upcoming Album which will be released very soon. There’s no doubt that Roger Zarzour is a unique rising talent from Lebanon and one of the most demanded function musicians.