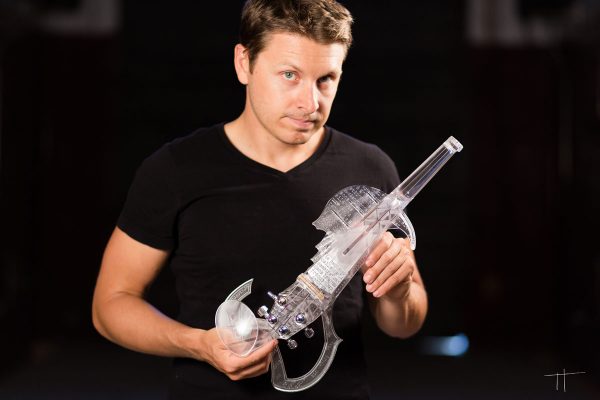 French violinist and engineer, Laurent Bernadac is the creator of the 3Dvarius – the first electric violin entirely printed in 3D.
A South of France native, Laurent began playing classical violin at the age of 5. He continued his musical studies at the Toulouse Conservatory of Music where he was awarded a medal in Jazz Violin. At the same time, he received a diploma in Mechanic Engineering from INSA University.
Since then, he has performed as a violinist, guitarist and percussionist with many artists in different countries (the USA, Sweden, Italy, Spain, China, etc.) In 2015, he created 3Dvarius company with Géraldine Puel and launched the first 3Dvarius prototype. Now, the 3Dvarius company has a lot of 3Dvarius Ambassadors playing our electric violins!