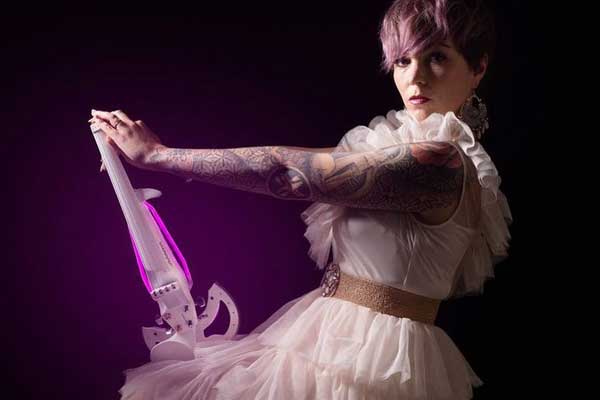 Ana Íñiguez Arcos, aka ANNYA, is originally from Tudela, Navarra region in Spain, where she began his violin studies at the Fernando Remacha Conservatory. Her teacher was the renowned violinist Belén Estage, who was part of the band of Enrique Bunbury and he’s from her hometown too.

Thanks to this influence, Ana began to discover other musical styles outside of classical music where to introduce the sound of the violin. Now, she is performing on stage for many events across Spain and Mexico.